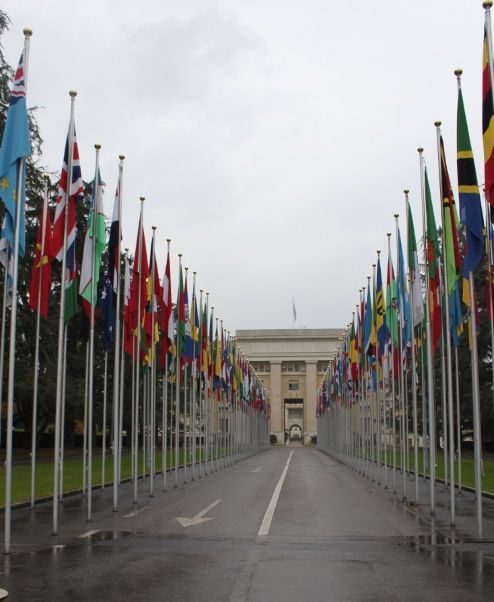 Statement by We Shall Overcome (WSO), Norway for the UN CRPD online regional consultation on deinstitutionalization 25 May 2021

We have persistently voiced the demand for abolition of forced mental health interventions, and for these gross and systemic human rights violations to be remedied and redressed.

We would like to express our deepest concern that within the Council of Europe, there is still an ongoing process to develop a legally binding instrument, the Additional Protocol to the Oviedo Convention, that runs counter to the CRPD by authorizing involuntary treatment and placement in psychiatry. The protocol reinforces discrimination, segregation and coercion, and represents a massive threat to deinstitutionalization and ending forced psychiatric practices in Europe. The call for withdrawal of the protocol must continue.

We urge the Committee to include in the draft guidelines on deinstitutionalization:

[3] UN Basic Principles and Guidelines on remedies and procedures on the right to anyone deprived of their liberty to bring proceedings before a court, UN Working Group on Arbitrary Detention, A/HRC/30/37, para 126e (text as adopted with footnotes WGAD/CRP.1/2015).

[4] Basic Principles and Guidelines on the Right to a Remedy and Reparation for Victims of Gross Violation of International Human Rights Law adopted by the General Assembly in resolution 60/147 (2005).

[5] Compensation; Rehabilitation; Restitution to re-establish the victim’s situation before the violation was committed, including restoration of liberty and freedom from forced treatment, enjoyment of family life and citizenship, return to one’s place of residence, and restoration of employment; Satisfaction, including restoring the rights of the victim; sanctions against persons liable for the violations; investigation and criminal prosecution, disclosure of truth, public apologies, acknowledgement of the facts and acceptance of responsibility; Guaranteesof non-repetition, including taking measures to combat impunity, reviewing and reforming laws contributing to or allowing the violations, and secure protection of the law against future acts.

1. What is the Committee on the Rights of Persons with Disabilities?

The Committee is a treaty body of the United Nations. It is established by the Convention on the Rights of Persons with Disabilities. Its task is to monitor how States parties to the Convention implement or give effect to their obligations under this legal instrument. It is comprised of 18 independent experts from all continents of the world, who are elected by the States Parties.

The Convention states that every person with a disability has the right to live independently and be included in the community. All persons with disabilities have this right, whoever they are and wherever they live. It guarantees them freedom, choice and control over the decisions that affect their lives. This right protects the inherent dignity, autonomy and independence of persons with disabilities and secures their full and effective participation and inclusion in society. The Committee wrote a document called General Comment to explain what independent living and being included in the community means. The Committee said: «Social exclusion also engenders stigma, segregation and discrimination, which can lead to violence, exploitation and abuse in addition to negative stereotypes that feed into a cycle of marginalization of persons with disabilities.»

3. What is a consultation?

A consultation is a way for persons to share their experiences and ideas on a topic. The topic of this consultation is the right to independent living and being included in the community, recognised in article 19 of the Convention on the Rights of Persons with Disabilities.

Er dette omsorg i en krise? from We Shall Overcome on Vimeo.